A Gastroenterologist is a physician with dedicated training and unique experience in the management of diseases of the gastrointestinal tract and liver.

Gastroenterology and Hepatology is the medical speciality concerned with digestive diseases and disease concerning Liver, Gall Bladder and Pancreas. Nidan Hospital is one best destination for the treatment of all stomach, intestines, pancreas and liver diseases. It is manned by the leading specialists of the country, a group of efficient and compassionate doctors, well-trained technicians, dedicated nurses supported by all modern advanced instruments and equipments along with comprehensive surgery, radiology and pathology backup to provide state-of-the-art care. Nidan Hospital has a full range of latest Endoscopic & Colonoscopic facilities along with GI Endoscopy. Nidan Hospital has best Gastroenterologist Consultant doctors, comprising of services like:

Functional disorders are those in which the bowel looks normal but doesn’t work properly. They are the most common problems affecting the colon and rectum, and include constipation and irritable bowel syndrome (IBS). The primary causes for functional disorders include:

Irritable bowel syndrome (also called spastic colon, irritable colon, or nervous stomach) is a condition in which the colon muscle contracts more readily than in people without IBS. A number of factors can trigger IBS including certain foods, medicines, and emotional stress. Symptoms of IBS include abdominal pain and cramps, excess gas, bloating, and a change in bowel habits such as harder, looser, or more urgent stools than normal.

Internal hemorrhoids are normal structures cushioning the lower rectum and protecting it from damage by stool. When they fall down into the anus as a result of straining, they become irritated and start to bleed. Ultimately, internal hemorrhoids can fall down enough to prolapse (sink or protrude) out of the anus.

Sometimes the skin glands near the anus become infected and need to be drained. Just behind the anus, abscesses can form that contain a small tuft of hair at the back of the pelvis (called a pilonidal cyst).

Diverticulosis is the presence of small outpouchings (diverticula) in the muscular wall of the large intestine that form in weakened areas of the bowel. They usually occur in the sigmoid colon, the high-pressure area of the lower large intestine.

Each year 130,000 Americans are diagnosed with colorectal cancer, the second most common form of cancer in the United States. Fortunately, with advances in early detection and treatment, colorectal cancer is one of the most curable forms of the disease. By using a variety of screening tests, it is possible to prevent, detect, and treat the disease long before symptoms appear. 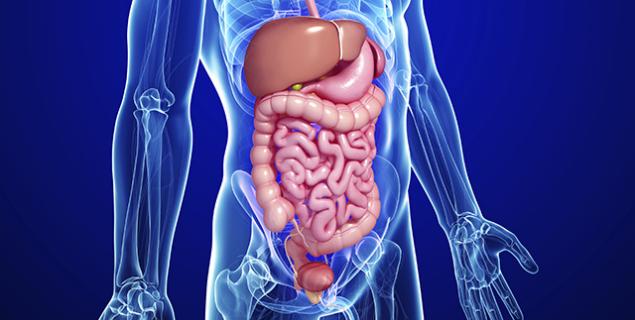 Available specialized services in the center